I am fascinated by the medium of photography, because basic questions of our relation to the world can be framed in it. 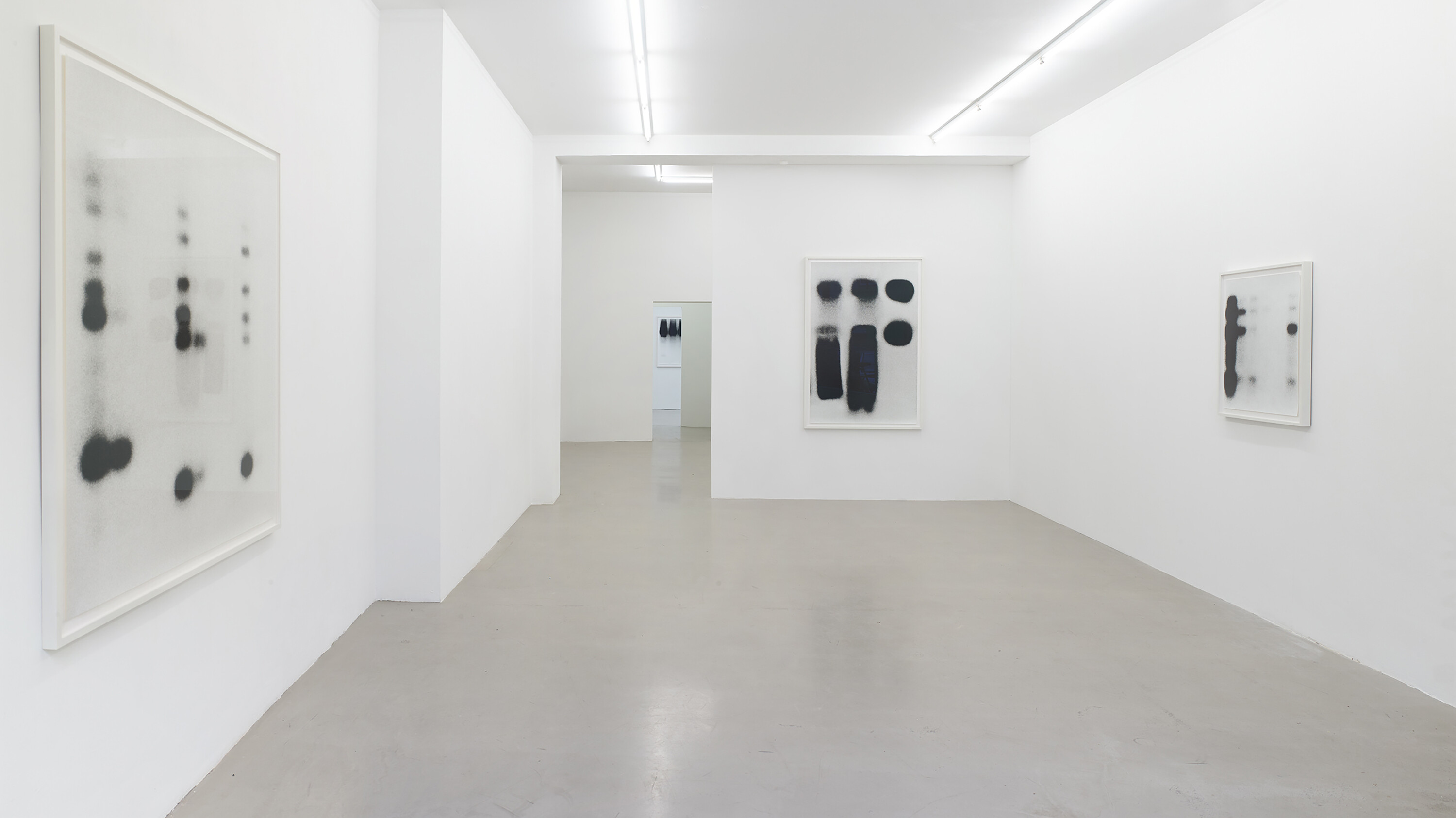 Jan Paul Evers’ new series of works focuses on questions as to the way we shape our relationship to the world of things and nature. The motifs are based on scientific imaging procedures of the most various gene sequences. Jan Paul Evers searched for the source images of his motifs in online databases of American universities and then altered them analogously during his work process. This resulted in a game of deception between natural and pictorial sciences: The motifs are based on empirical facts, while simultaneously becoming abstract, transcendent compositions. The respective “depiction” of a living being does not disclose whether the starting point is a human, an animal or a plant. Everything is open and all things can be shaped.

Somehow one is involved in everything as a human. Through one’s perception, one’s being, one’s location (…) 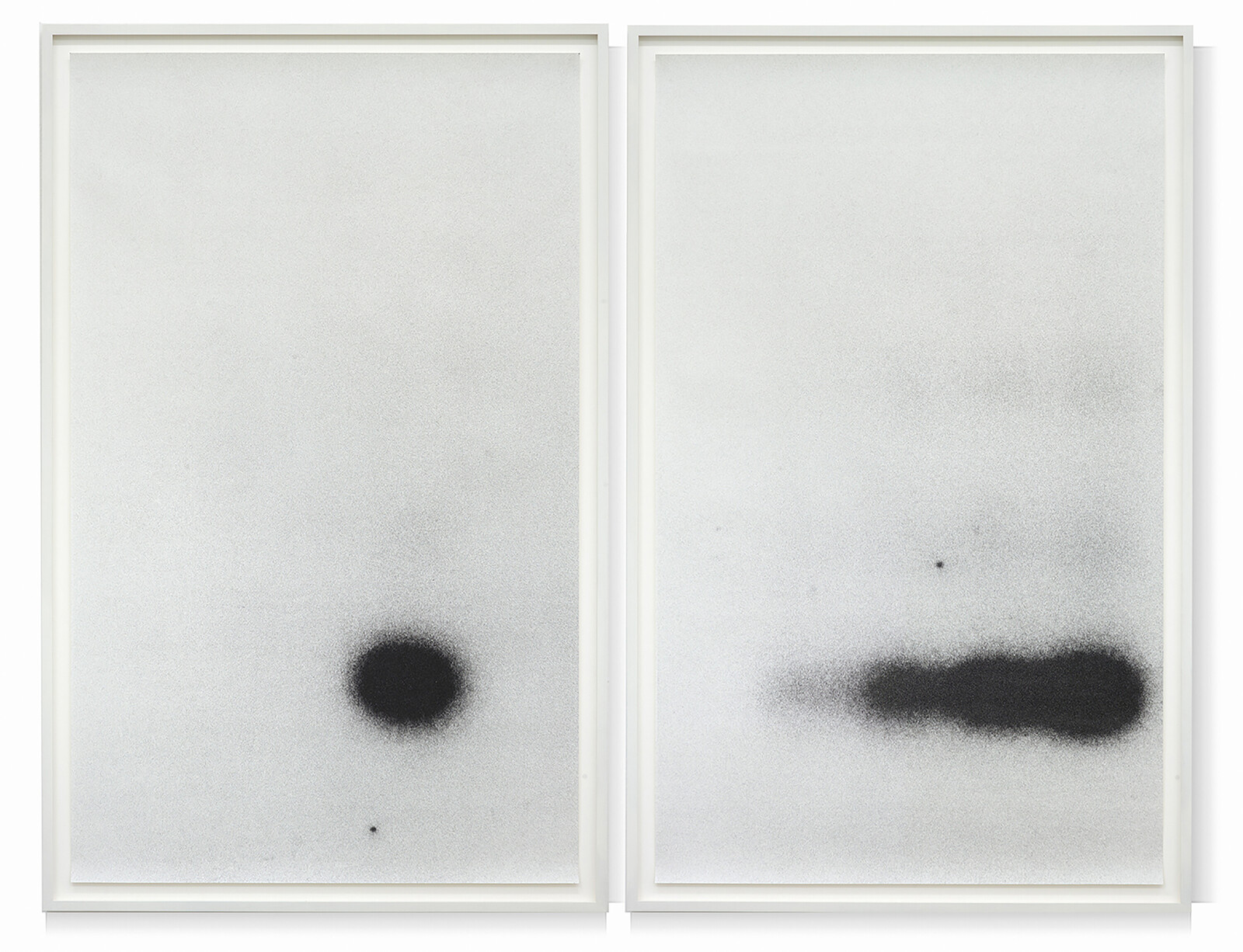 “Amidst a totalitarianism of ‘visibility’ as currency, the artist Jan Paul Evers turns to a kind of residual material that could very well ground the flickering of visual echo chambers of everyday communication. Most daily images are now being produced by machines for other machines; Evers’s first series of works entitled Apotropäische Psychotope also uses anonymous parts of DNA sequences, images deriving from a scientific, technological context. But the black-and-white passages in varying formats selected strictly according to subjective, aesthetic criteria do not reveal whether the DNA is from humans, animals, fungi, or plants. Rather, the images open themselves up in the best sense of the word. It is precisely in their closeness and evidence of bare life that the works convey a strange distance — or rather melancholy: toward a dogma of identity politics that is as omnipresent as ‘visibility’ and curiously lets the relations of aesthetics and ethics striving for the ideals of multiculturalism in fine art and beyond appear as a monoculture. Evers counters all this with the qualities of ambiguity and doubt, thus fathoming the ultra-thin space that art as potentiality in the sense of indeterminacy still inhabits. Evers originally searched for apparatuses having to do with the human exploration of the universe, along with the attendant image myths. He wound up under the skin, so to speak, with a group of works that can be understood, 30 years and thus a generation of artists later, as a perspectival reversal of Thomas Ruff’s ‘Stars’ (from 1989 onward).”
Martin Germann, Excerpt from a text contribution to a publication which will be issued later in 2022 by Verlag der Buchhandlung Franz und Walther König. 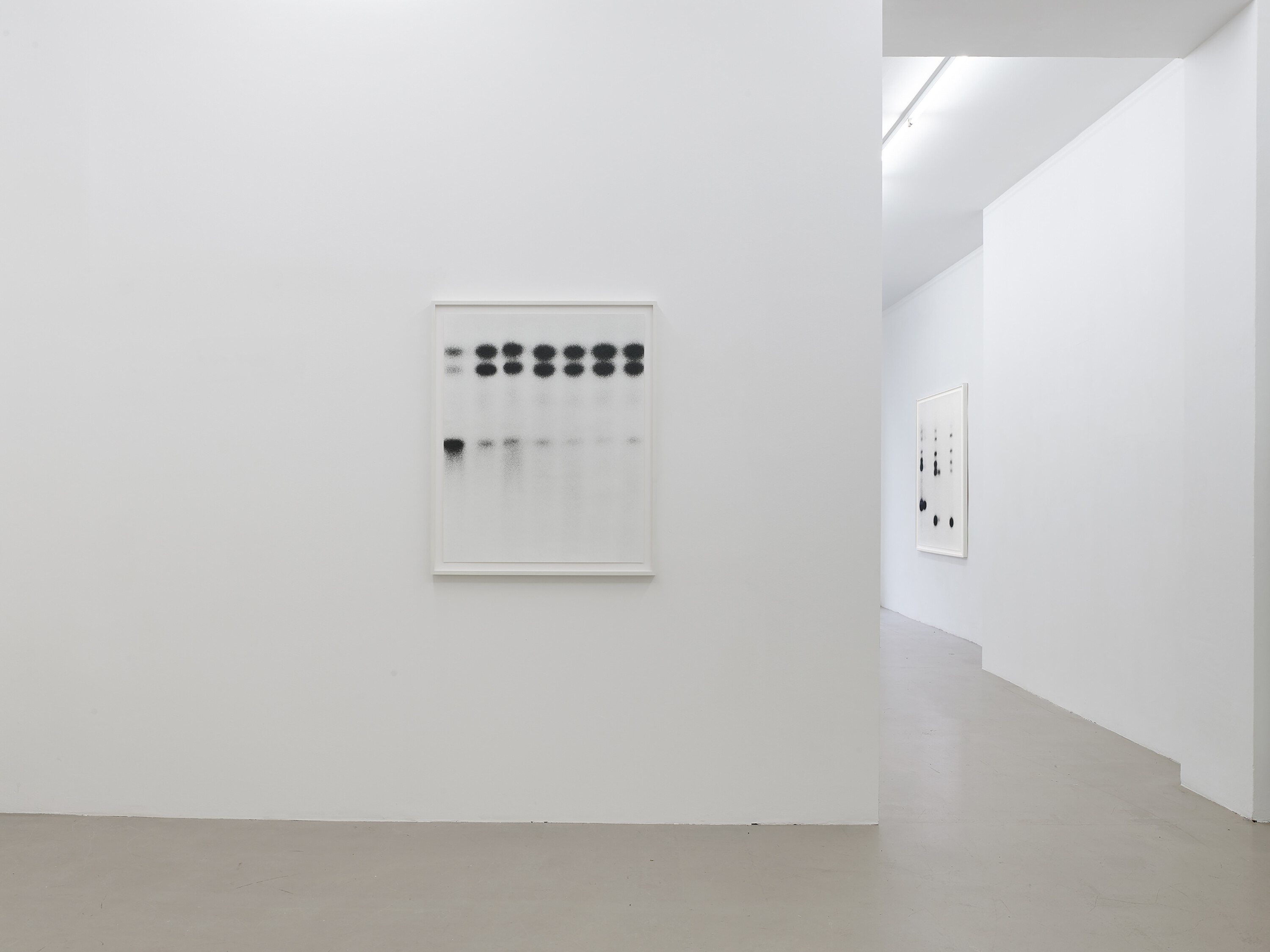 It was about gene sequencing and CRISPR scissors. I noticed how rich in images that is. I have always been interested in the moment of taking something mundane and turning it into something special through the selection of details and image processing. 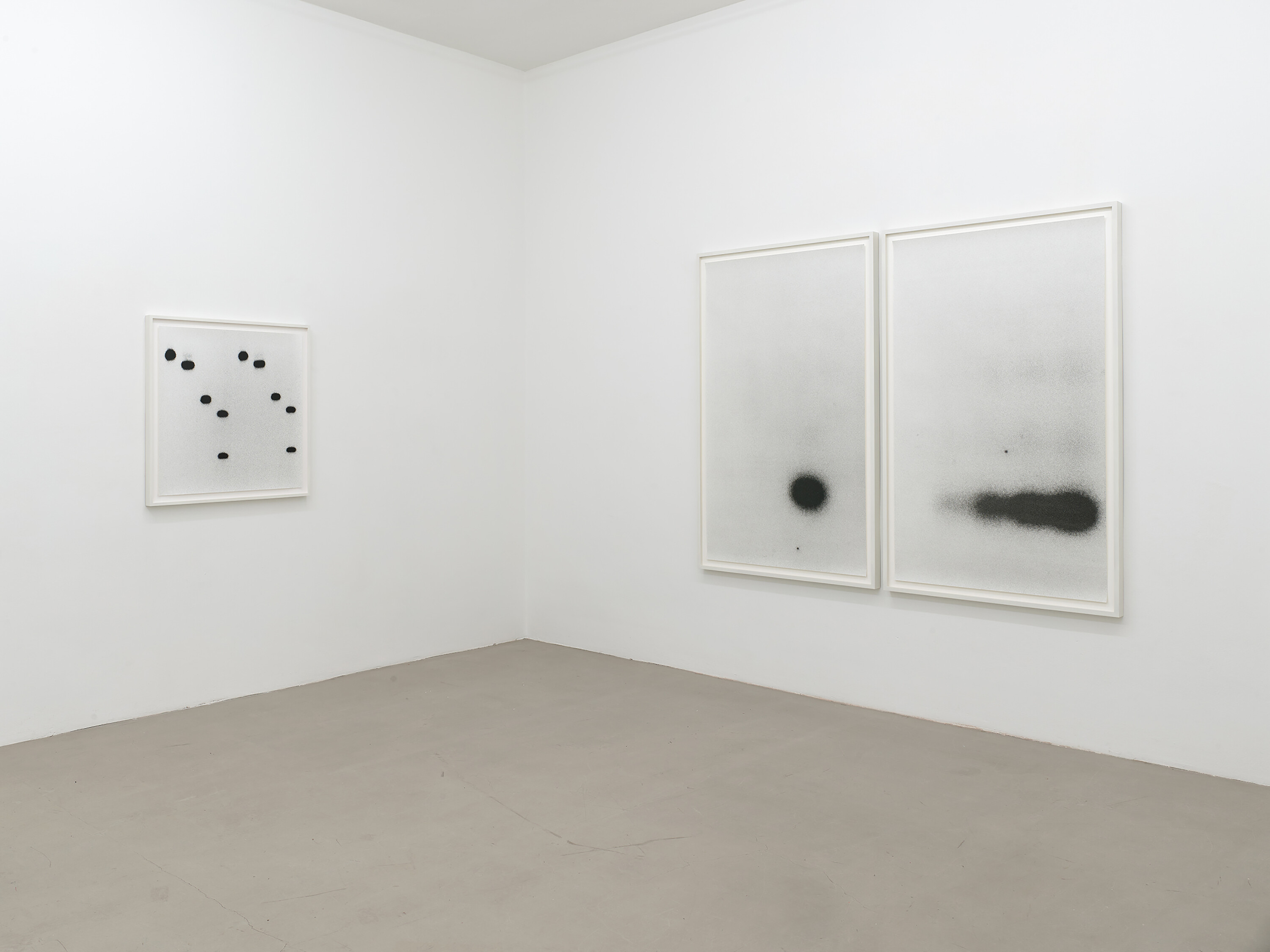 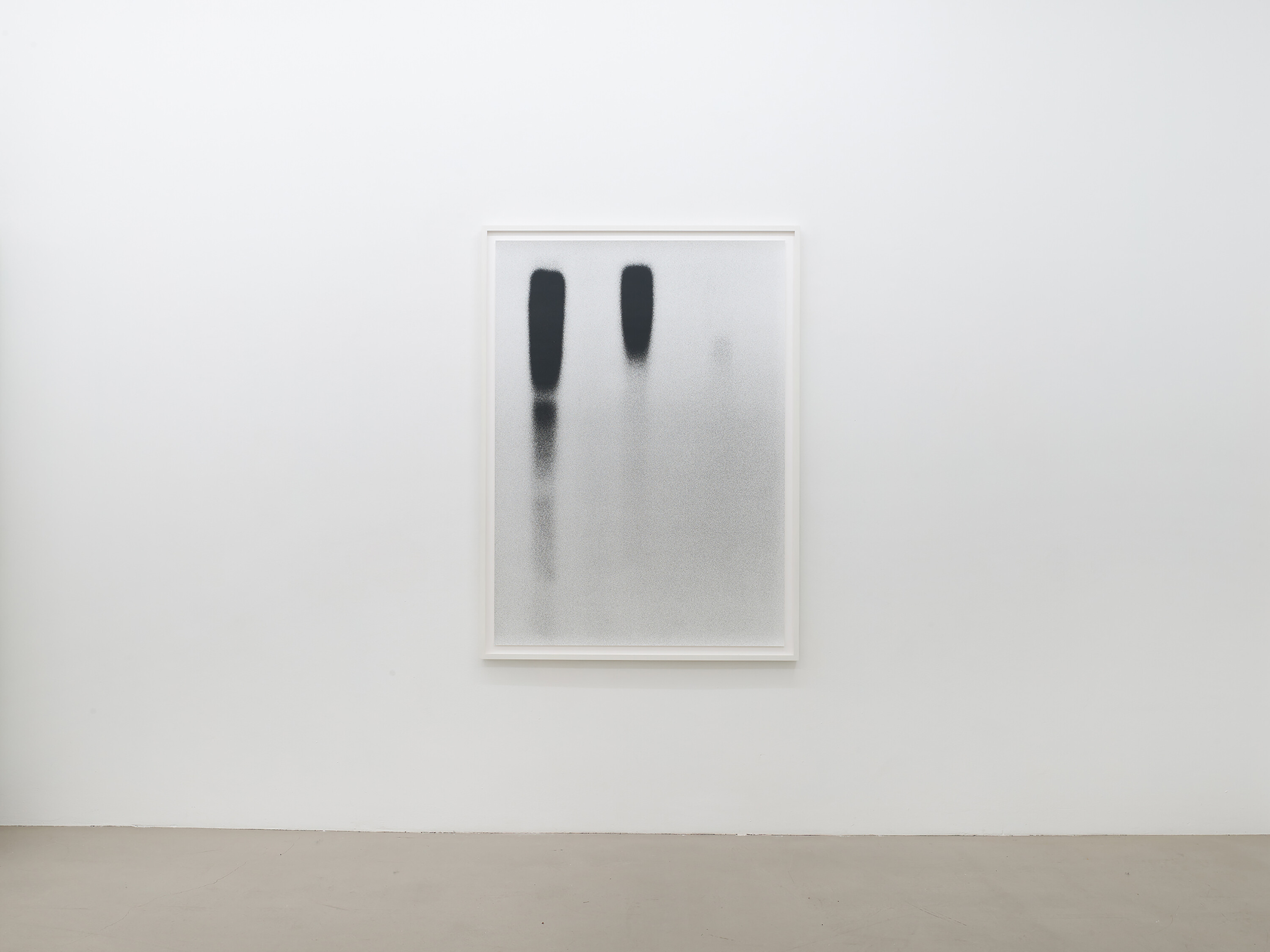 Jan Paul Evers (DE 1982) lives and works in Cologne. He just has been awarded with the “Große Hans Purrmann Preis der Stadt Speyer”. His works are part of museum collections such as Museum Folkwang Essen, Kunstpalast Düsseldorf, Fotomuseum Winterthur or The Art Collection of the Federal Estate of Germany. Jan Paul Evers works have been shown in solo exhibitions such as at Villa Stuck, Munich or Kunsthalle Lingen as well as in group exhibitions such as at “Photography to the Test of Abstraction”, Frac Normandie Rouen (FR), “Nullpunkt der Orientierung. Fotografie als Verortung im Raum”, Art Foyer DZ Bank, Frankfurt a. Main, “Germany is no Island. Art Collection of the Federal Estate of Germany”, Bundeskunsthalle Bonn or “Black & White. From Dürer to Eliasson”, Museum Kunstpalast, Düsseldorf.