Donja Nasseri
I am yesterday. I know tomorrow.

Photography plays a central role in my work because of its capacity for collage techniques and its memory-creating function. 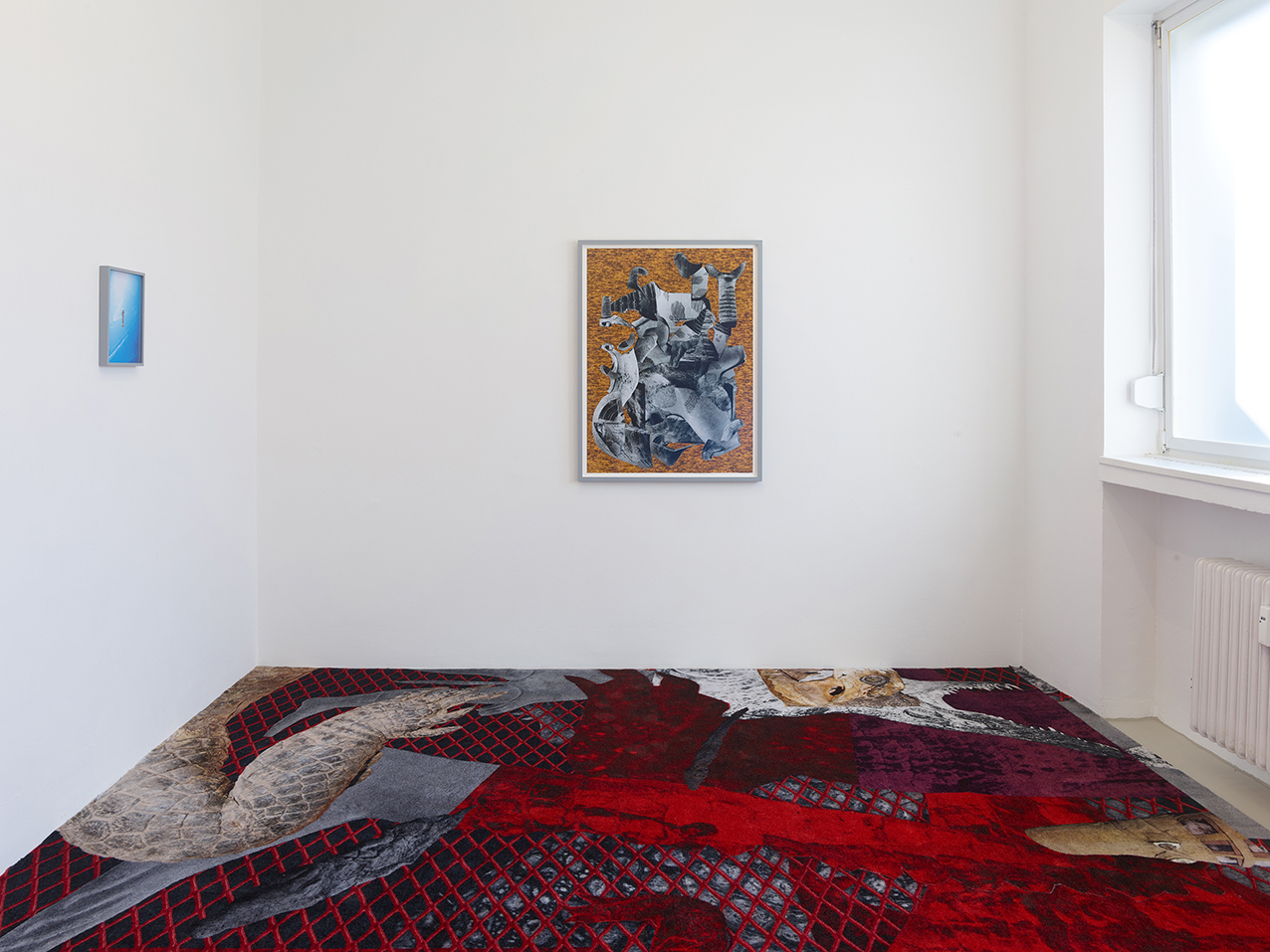 Donja Nasseri's work combines photography, objects, video and language to a "collaged unity." As the German-born daughter of an Afghan father and an Egyptian-German mother, she has a sharp view of the diversity of possible narrations and the truths associated with them. The changes in tradition, culture and (gender) identity make up the conceptual core of Donja Nasseri's oeuvre, which is primarily based on photography as a "carrier of memories," as a medium of documentation and fictional manipulation with all digital and analog collage techniques. Nasseri stages her motifs by drawing on historical and personal stories. In multilayered work processes, she constructs analog collages of pictures featuring historical objects, scratched negatives and transparent foils that in the end are captured using "classic" photography.

The four photos of the current show, Woman_1, Woman_3, Smoke and Flesh, all show the figure of the female pharaoh Hatshepsut. The question of gender roles is inherent in this history, for there is no female form of the word "pharaoh" in Egyptian, and the depictions of Hatshepsut are also predominantly androgynous. Using collage techniques, Nasseri "transports" this four-thousand-year-old sociopolitical stance to our present and constructs a new identity. The focus is on a hybrid figure that is neither clearly male nor female, but neutral and completely open to the new. This layering and superimposition of the most various temporal and narrative threads is continued in the site-specific carpet piece entitled "the one in the egg." Here, Nasseri analogously superimposes the symbolic motifs of crocodiles from four eras. The first layer shows living crocodiles that she photographed in Egypt, the second mummified crocodiles of the present which she found on her visits to Egyptian villages, the third mummified crocodiles from the time of the pharaohs, and the fourth layer is composed of fragments of a human figure, the Egyptian crocodile deity "Sobek". The motif of the mummy is, similar to the photograph, an index of memory. Donja Nasseri forges the temporal superimpositions to a hybrid unity, bringing into balance aspects of cultural closure and openness, of historical and personal history. She combines seemingly incompatible opposites to an intercommunicative union, ultimately the ideal of a society shaped by opposites. 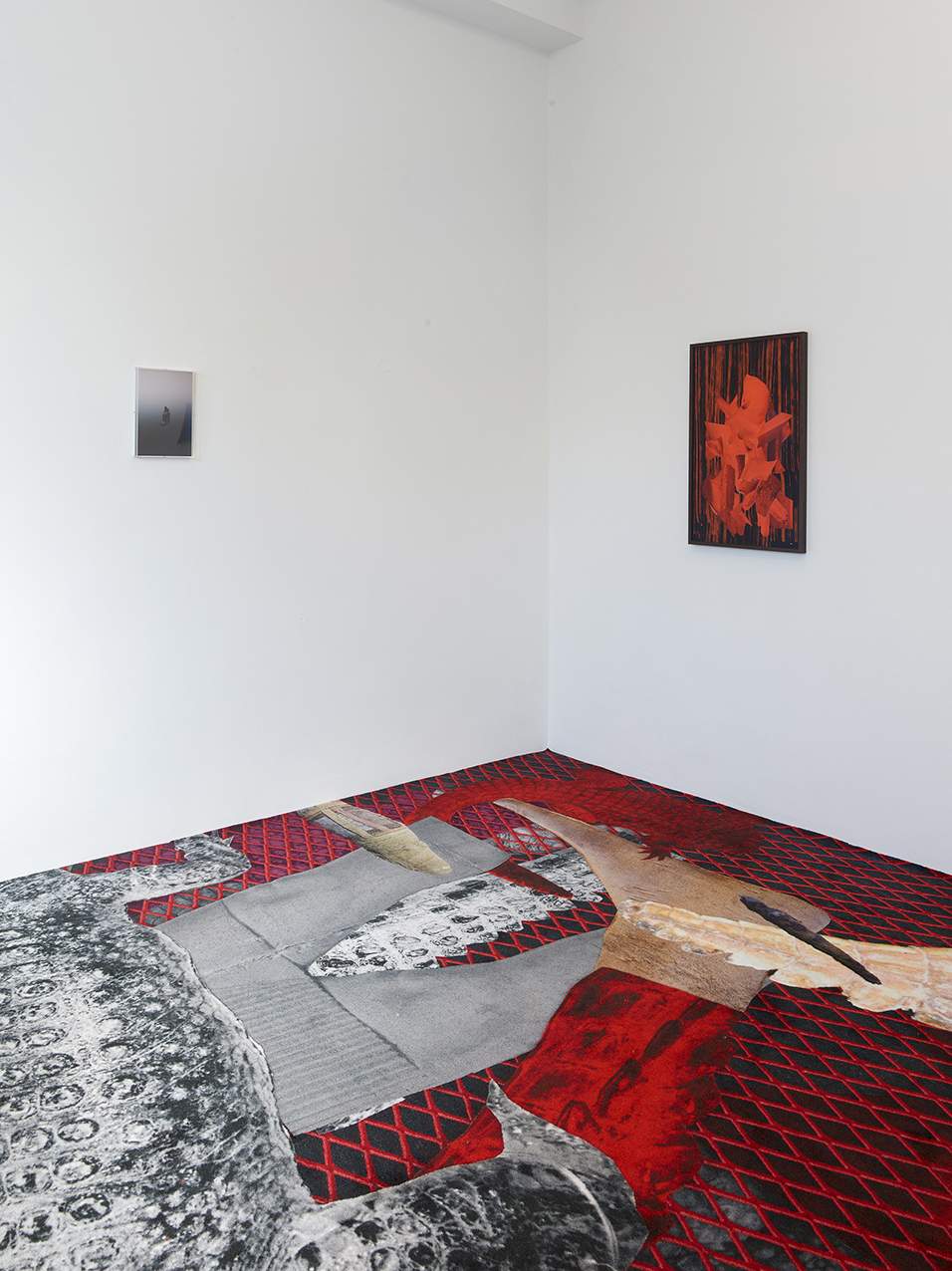 Donja Nasseri was born in 1990 in Düsseldorf, where she still lives and works today. She currently is at her final year at Art Academy Düsseldorf at the class of Gregor Schneider. Her work has already been awarded with numerous prizes such as Plat(t)form Fotomuseum Winterthur, Best Group Art Prize, the Photography Prize Kulturstiftung Unna Kamen or the british Guernsey Photography Price. She has been invited to renowned group exhibitions such as "Surprize" at Kunsthalle Düsseldorf, "New Photography from Düsseldorf" at KIT, Düsseldorf or "5. Kestner Marktkirchenschau", Kestner Gesellschaft Hannover. 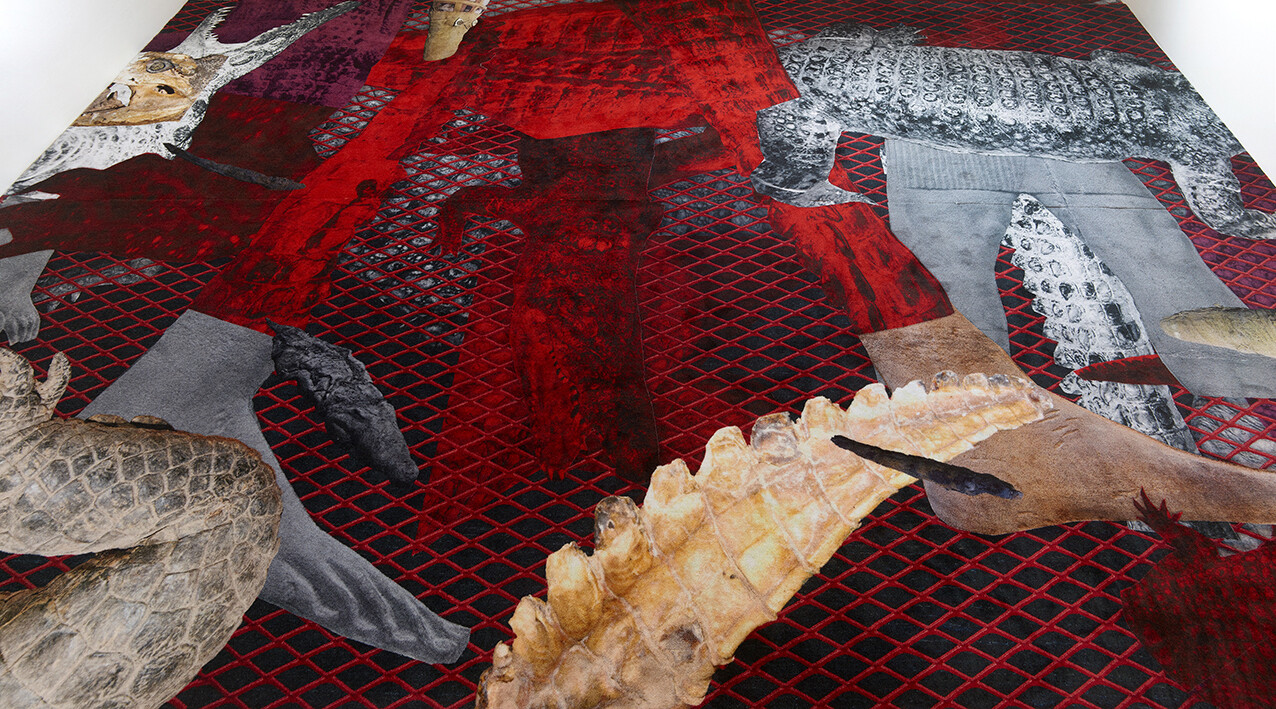 The one in the egg, 2021, photo collage on carpet, dimensions variable