I see the painting’s surface as a membrane, like a skin. I can concentrate on its direct superficial appearance but also on the volume of the body, which moves underneath. 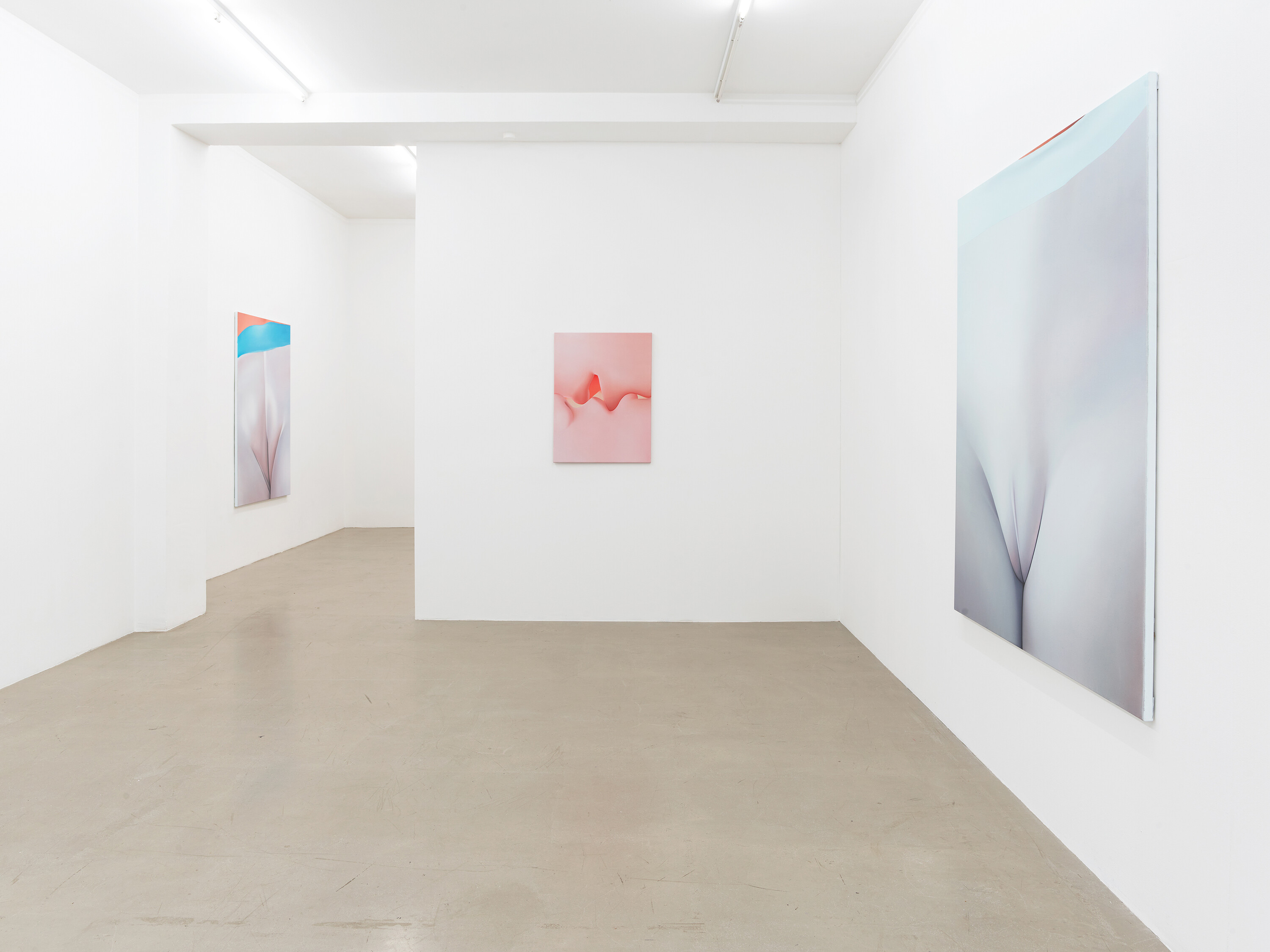 Vivian Greven‘s painting is directly influenced by our digital present, while simultaneously integrating historical references to classical antiquity or pop art. Her conceptual focus is on the transformation of body images, identity and interpersonal communication, as well as on the attendant assessment of social closeness and distance. Her motifs are based on the research of archetypical images and narrations, both in art history and from popular sources on the internet. In her work process, she combines glazed oil painting with illusionist cut-outs or factual reliefs, making her pictures a versed "visual game" vacillating between figuration and abstraction, between physical painting and the ethereal illusion of the digital. 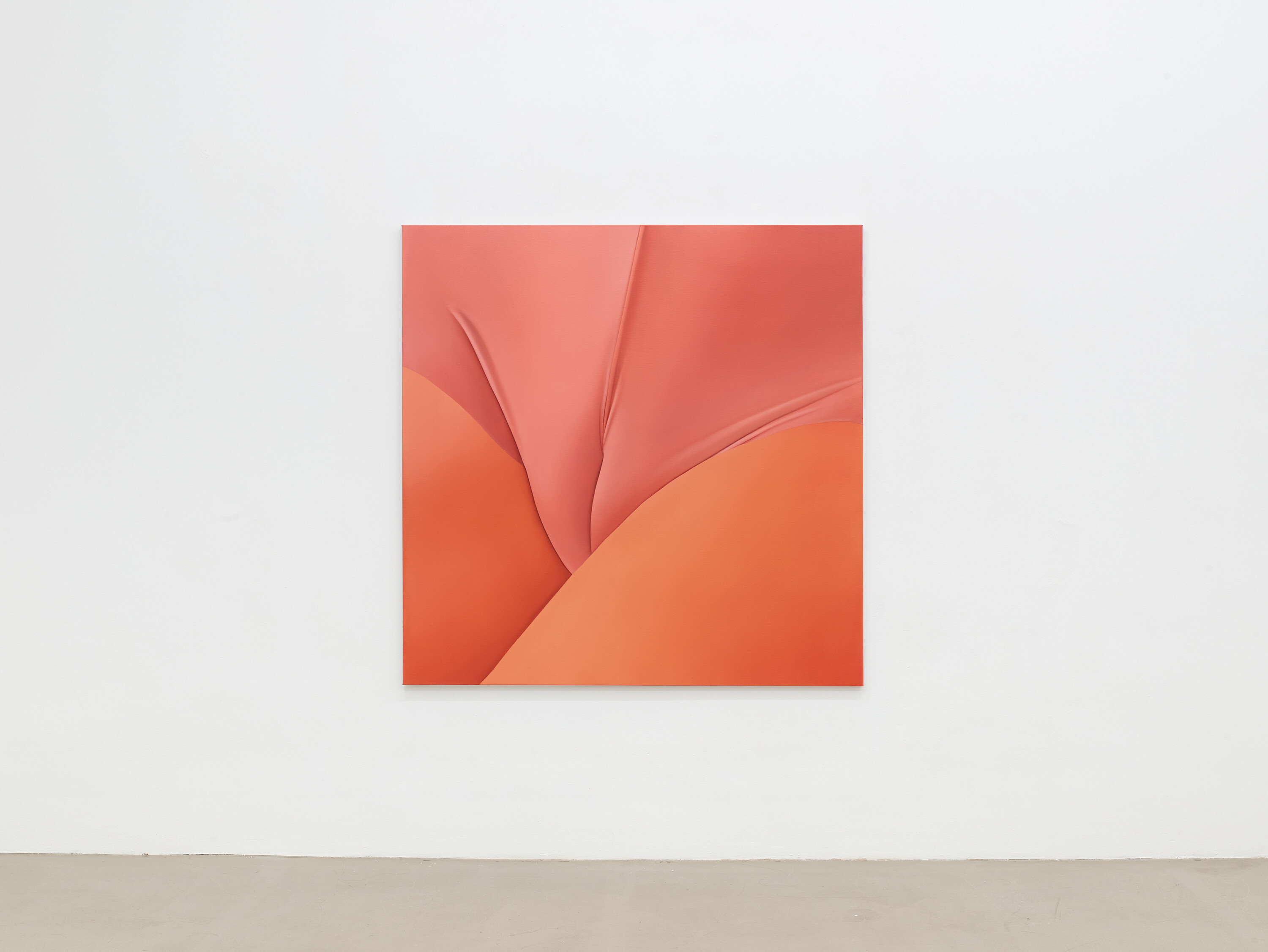 It is basically always about the issue of being connected or not connected, of separation or merging. (…) it is also about boundaries, the question of where one body begins and another body ends. Or about what it means to be a body and where a body has its limits.

The works on view in Vivian Greven‘s past show entitled CLOSE show extreme close-ups of parts of the body like neck, mouth and, as a central motif, the female crotch. The works produce irritating vibrations between intimacy, distance and abstraction. Her framings are reminiscent of the cinematic "close-up". The concentration of the gaze on a detail draws the object almost "tangibly near" to the viewer. As a recurring iconic motif in Vivian Greven‘s work, the "kiss" distances the originally intimate scene to the sphere of abstraction. In the current exhibition, the play between actual corporeality and transcendent spheres comes to the fore in the new, central group of works with camel toe motifs entitled X. In a both subtle and radical manner, Vivian Greven combines various ways of interpreting and viewing the female sex, from antiquity to the present. The title X is an associative wordplay referring to the biological definition of the female sex as "XX" chromosome and to the term "to X out" for making a tabooed object or word unrecognizable.

I found it shockingly interesting at the time that the Venus figure is usually depicted without a vulva, that the goddess of fertility and sensuality that we associate with eroticism and love has no sexual organ. What does it mean for me as a female when an allegorical woman is not allowed to have a sexual organ?

As the continuation of the V series, which she began in 2019, X equally refers to the art-historical and social significance of the Venus motif. Venus is regarded as the symbol of heavenly and earthly love, fertility and beauty, but was mostly depicted in the history of art without genitals. Vivian Greven’s current motifs combine this historical background with research on so-called “camel toe” images, as they can be found on the internet via a Google search: close-up views of the female crotch, concealed and abstracted by the fine fabric of the pantyhose. Vivian Greven constructs these motifs in glazed oil applied in layers like transparent veils. Similar to 16th-century Dutch painting, the gaze focuses on the trompe l’oeil of the fabric’s structure and the incidence of light. At the same time, Vivian Greven shifts the viewer’s perception away from the illusionist materiality to the haptics of the actual painting - the play between light and shadow, the consistency of the paint, the relations between the surfaces. This abstraction raises the “camel toes” above any kind of explicit obscenity. Painting becomes a “membrane” conveying new possibilities of defining and assessing bodies. “As far back as I can remember, I have painted bodies. The question of who or what I am has always been my driving force”, says Vivian Greven. In her work, the body and its “corporeality” are key themes which she interprets in a positive way. Her painting simultaneously transcends its materiality to an ethereal sphere, where the naming and appraisal of different genders is open, as is the balance between. 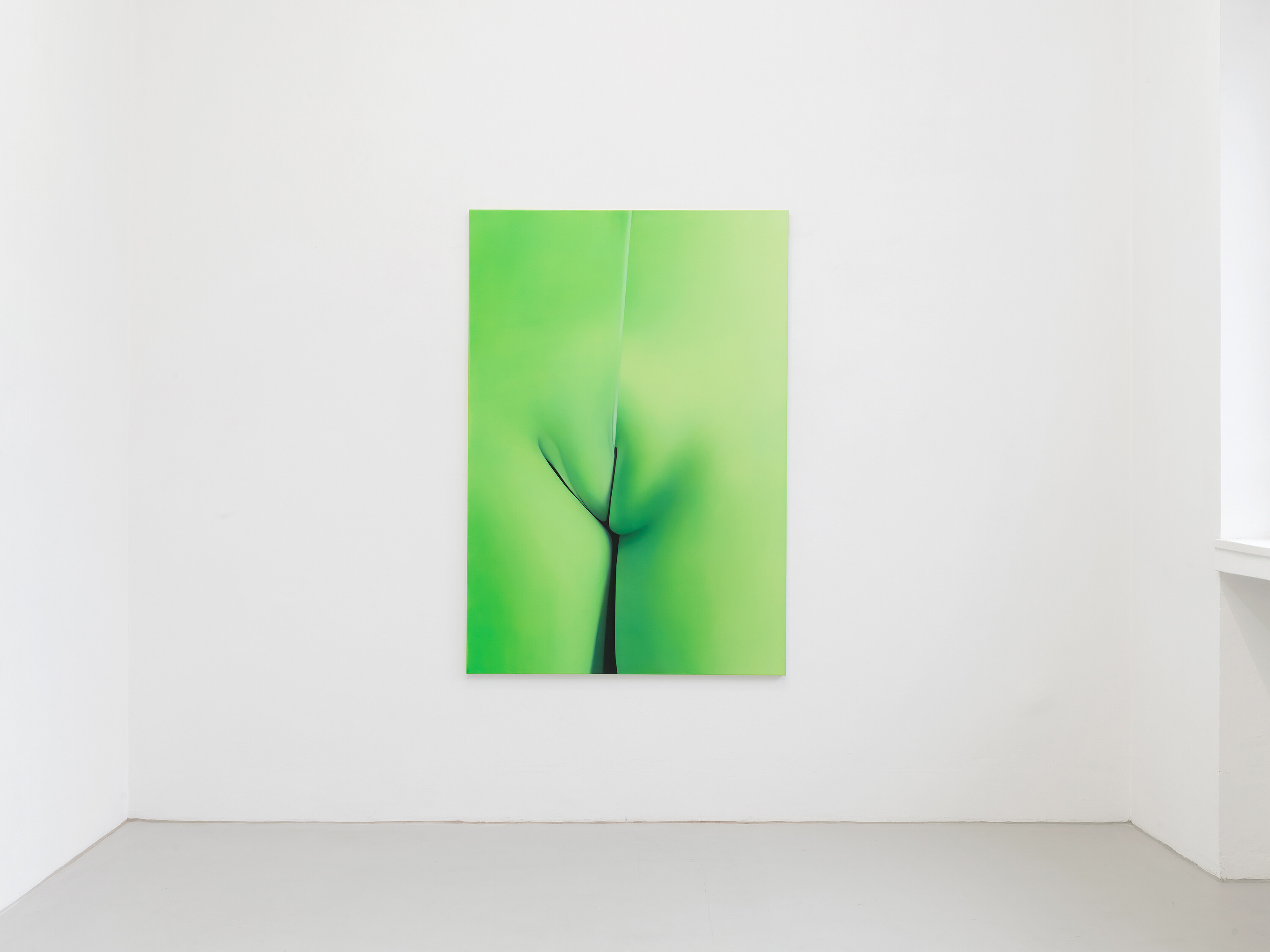